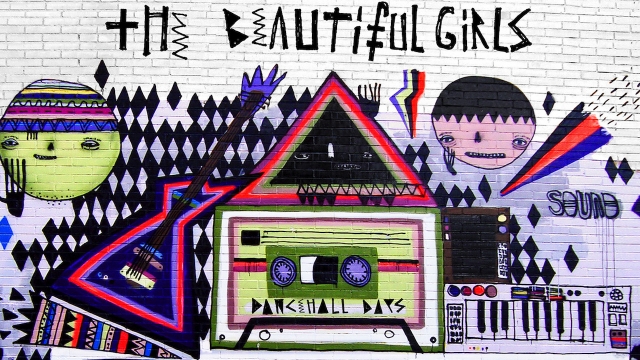 Yes, the band name is deceiving, except if they are talking about the audience at their shows – than the name is dead on. This is one of my favourite bands featuring one of my favourite singers. I have written about and praised this guy and the band many times before and this time is no different. With their first album in 4 years (!) being released today in Australia (and other parts of the world) it is about time their music is offered in shops and downloads in europe, bc the only way we found out about them in the first place was through surf videos, and they are way too good to only be featured in some billabong videos! Ps so far everyone who has seen Mat McHugh and/or The Beautiful Girls live has become a follower. Even though i am a firm supporter of what the Pirate Bay stands for in terms of democratic change and necessary rethinking of the current antiquated laws into a more non-anachronistic and untimely society that uses modern technology for common benefits (whew) – it is absolutely unacceptable that their music is only available though illegal downloads (if at all) on this side of the globe. I had such a hard time going through different VPNs just to be able to purchase all their material from different regional shops and whatnot. And these guys are a few brilliant albums deep! So its time they toured down here, had a few proper releases and get formally introduced. Trust me… you want to see them live.

Dancehall Days is available via pledgemusic and that’s a good thing! This time the BGs lean even more towards a dub/ reggae/ dancehall feel in their music, i hear no rock guitars and more of an analogue thing like in the classic dancehall days (hence the name i guess) and i guess this is where they are rooted, cause i always heard a lot of early hiphop (meaning late 80s), classic roots & dancehall (meaning early to mid 80s) and really thick revolutionary mindstate with a positive vibe.  But what i hear from the head honcho at Universal music, whom i played most of their music to and who is 100% with me on this one (being an old surf/punk/ska/ roots head :), we will see a proper release of all their material soon enough and will finally have the pleasure of seeing the Beautiful Girls collective touring the EU and have that sandy toes feeling at one of their live shows. Thanks to Keith, their friendly manager who sent us the album a few weeks prior and ever since i was hooked on “Until My Kingdom Comes”.

Listen to the full brandnew album “Dancehall Days” below

and read Mats track by track rundown (via tonedef).

The Beautiful Girls on: Soundcloud ::