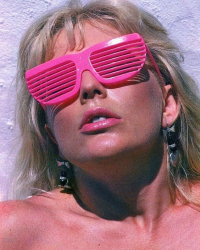 Latest posts by Chromemusic (see all) the Album has been pushed back and is now going to be released in the US on February 28th.