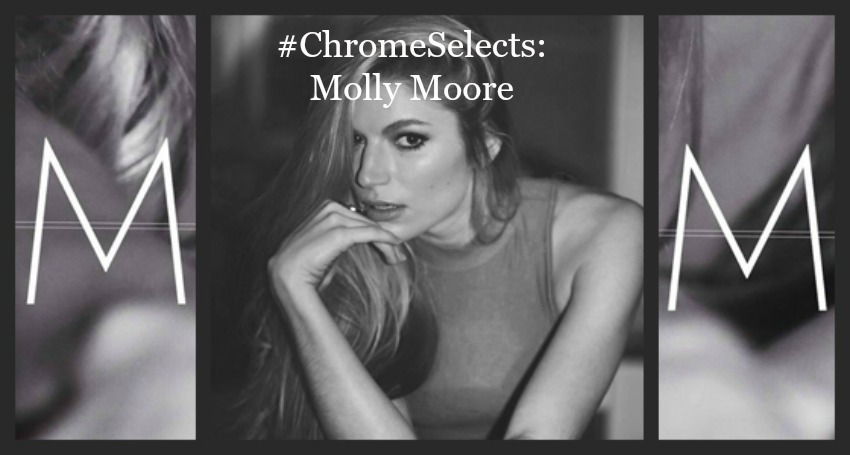 Molly Moore, an emerging singer-songwriter, first caught our attention with “Natural Disaster” a tune that has racked up the love on SoundCloud, garnering over 35,000 plays so far.

Moore’s newish tune “Don’t Believe It” delivers an emotional performance that plucks at the heart strings. We truly get to see her range as a postmodern folk-pop queen. Look out, she’s just begun her voyage.

1) What talent past and present has influenced you?

I grew up in the 90’s so that era of pop music definitely had an influence on my taste at an early age. I loved Alanis Morissette; “Jagged Little Pill” was one of the first full albums that I listened to. Along with “…Baby One More Time” by Britney Spears. Third Eye Blind also holds a special place in my heart. John Mayer, Coldplay, Lily Allen, The Beatles, Simon & Garfunkel, Banks, Imogen Heap, the list goes on.

I kept trying to find a different answer but the honest one is Max Martin. :)

3) Please talk a bit more about “Don’t Believe It.” It’s received a ton of love but more importantly, there is an important message behind it.

This song means a lot to me because of what it stands for. It ain’t real if you don’t believe it. Instead of accepting all the worry, darkness and hurt the world throws on us, what if we instead chose to see only light? It is easier said than done but I believe if you make it through the breaking point, your strength increases tenfold and your perspective widens. “Don’t Believe It” is really a song about changing perspective and seeing the bigger picture.

I reached out to them because I heard a remix of theirs on The Hype Machine and loved it. Afterwards I realized I’d missed a DM on twitter from them 2 months earlier and was so glad they got back to me when I finally messaged them! They’re really talented guys from Chicago, great vibes :-)

5) How did you get started as a singer-songwriter?

I was 7 when I was inspired to write my first attempt at a song called “Anarchy Girl” about my sister. My dad helped me put melodies to my lyrics. I think it’s safe to say I started there. I did a lot of musical theater growing up which exposed me to some amazing songwriters like Jason Robert Brown and Sondheim. My dad taught me the basics of piano & guitar. I always loved singing. I always wanted to perform for as long as I can remember. I graduated high school 6 months early to work and record my first “official” demos, kept recording & started getting gratis licenses on my own for the songs I was writing.

6) You’ve reposted some more “Pop” EDM (DubVision’s “Hollow” and Felix Cartel – “Ready For Love” ) in the past and there’s some EDM infused beats in your music. What’s your take on EDM? Is it a fad? How is it to sing over? How do you pick a beat?

I wrote those songs I reposted! I definitely have mixed feelings on this one. I think that there’s definitely been an over-saturation of music in this genre that doesn’t set itself apart. My goal with anything I do is to set myself apart. I might not always succeed but that’s always what I’m aiming for. I don’t particularly love tracking vocals over EDM tracks only because it takes some of the innocence away from the emotive experience I’m having, if that makes sense. I like to write to tracks that have breathing room for me to think, sing, have silence, have moments. You know? It’s hard to get inspired when there’s a new noise every millisecond in a track.

7) Who should we be listening to?