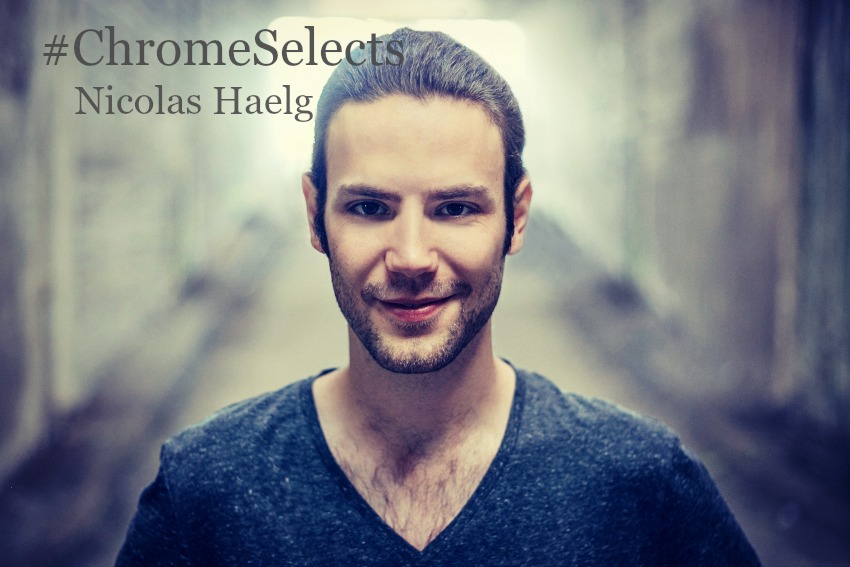 Nicolas Haelg comes to us as the Deep House maestro. Haelg has arranged some artful electronic compositions over the years (which you can find in our playlist below) and with so much House getting lost in the ether, he has the effect of standing apart. His meticulous sampling and surprising go-to songs made for a unique look at this deep, down, low composer.

1) What artist/musicians have influenced you thus far?

Since my musical influence comes strongly from the hip hop and rap scene, so does my sampling. I was influenced many, many times by hip Hop and R&B and not necessarily by other electronic artists. The first 2 CD’s I bought were “The Marshall Mathers LP” by Eminem and “The Chronic” by Dr.Dre back in 2001. “The Masters of Sampling”, the one and only Wu-Tang also influenced me big time. I could now mention 100 other hip hop artists, but I guess I would loose myself in that topic. Anyway, when we talk about my “melodic” house influences, it would be a lie not to mention Bakermat. I do not necessarily listen to his tunes, but I guess everyone who ever used sax in their own tunes was somehow influenced by him, and so was I. But in the end I think I get inspired by everything that I perceive as being a cool sound. It doesn’t matter whether it comes from hip hop, house, drum n’ bass and so on.

Mount and I are pretty good friends. We met at a festival and we already discussed a possible collaboration the very first hour we met. So working with him was like two kids playing around. Mount pretty much showed up with the main idea of the tune and sent me the stems so I could work on it. It was very convenient to work with him, because we both knew what had to be done, so there wasn’t a lot of discussion involved.

3) Who would you like to collaborate with? Vocalist wise?

Well if I could choose from all vocalists, then for sure Alicia Keys! I like her achievements and her voice. She sings with a lot of passion and one can hear where her roots are and where she is from. Otherwise I like to collab with people that I know that the chemistry is going to be right. Cause if it is not, working together can be very tiring. Doing collaborations is like relationship building in my eyes. This means that it’s not necessarily about the skills someone brings in, but the personality.

4) What is the most absurd thing you ever spent money on?

Probably my skateboard, it’s given me so much pain in my life so far.

5) What is one app you can’t live without?

“SBB Mobile”, the app from the Swiss Railway Company. It shows me all train and bus connection, pretty decent app! And of course my alarm clock.

6) What is your dream festival to play?

Hmm I haven’t really thought about that yet. How about Urban Arts Form? I had a lot of fun there last year. Also Fusion Festival would be sick. Who knows? Maybe next summer?

7) What other genres are you/do you want to explore?

My musical history is broad and long. Producing-wise I started 10 years ago with hip hop instrumental tunes. I stuck to that for about 7 years. So 3 years ago I experimented with some liquid drum n’ bass, trip hop and dubstep, ending up with deep/melodic house. Producing is a learning process. Every genre I was into, I produced some tunes, learning so many technical skills I still use in my tracks. All the sampling comes from my experience with producing hip hop tracks. The synthesizer part I got from my experience with drum n’ bass and dubstep. I’m still exploring and changing my style all the time. As my Professor once said, “As a producer you most go through 3 phases: Imitate, Assimilate, Innovate.” I think it’s pretty hard to get to the last step of innovation. But of course my aim is to get to the last step eventually. But I guess not many producers even reach that level.

8) Favorite thing to eat before a set?

I don’t really have one. But I pretty much love all kinds of pasta.

9) Your samples and vocalists are all unique. How do you chose them?

When it comes to samples, it’s pretty much luck. I’ve been working with samples and studying them for years. Meanwhile I think I can pretty much see which samples can add something special to the tune. So as I mentioned before, my productions started with Hip Hop music, a genre that is all about sampling. Sometimes I listen through samples the whole day and end up not using them. When it comes down to vocalists, it’s sometimes pretty hard to get in touch with the right one. Luckily I’ve got a network now. Nevertheless, it’s always a challenge to get the right voice implemented into the track. It often takes months.