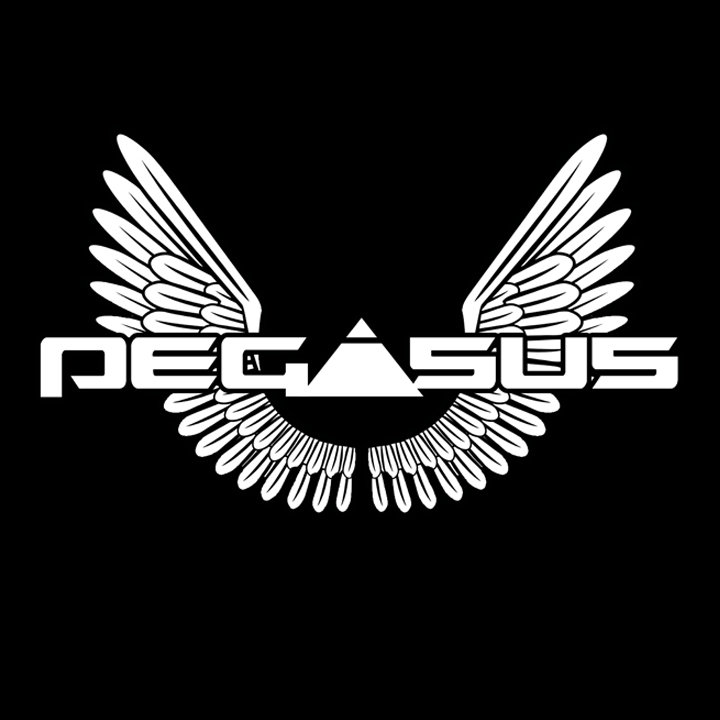 With a new album out entitled “Hippocrene,” we sat down with Mr. Rodgers and Pharroh who make up PEAGA5U5, a duo known for its groove and glitch, hip-hop, and melodic sounds.

Below, we asked them about what we should expect from their new album, artists that played an influence on their music, and advice they could give to aspiring musicians.

1) How has Northern California influenced your sound?

PEGA5U5: Northern California has showed us that it’s okay to write music that’s slow, sexy, and from the heart, and not necessarily bash people over the head with “bangers”. That doesn’t mean that we’re afraid to produce something (with) “teeth”, but at the end of the day, it’s important to speak from the soul. The hip hop vibes are also strong here on the West Coast, so we’ve been influenced by that conscious lyricism our whole lives. It feels good and right to naturally bring these feelings together.

2) Mr. Rogers – You wrote that you felt vulnerable releasing “The Stash”. What was that process like and what has the feedback been so far?

Mr. Rogers: Yes, I had a whole stash of older tracks that I have been wanting to do something with for a very long time. I realized they were stacking up, and with so many other projects in the pipe, I figured I am probably kidding myself if I believe I’ll actually get around to re-mastering all of them. I know I have fans out there that would appreciate them, just like I would  with some of my favorite artists. So even though it’s hard for me to listen to them, as the quality of these old tracks don’t really stand up to my new works, I decided to bite the bullet and just dump them without any mastering or anything. It actually felt refreshing to clean the slate.

3) Is there any good natured brotherly rivalry on tour or in the studio?

PEGA5U5: Since one of us is focused on beats, and the other is focused on vocals, there’s not really any rivalry since it’s apples and oranges. But I guess we are always trying to impress each other with our own contributions.

4) What should we expect from “Hippocrene?” How did you choose the name?

PEGA5U5: In Greek Mythology, Hippocrene is the spring that Pegasus’ hoof created when he touched down on Mt. Helicon. Helicon is the moutain where the muses lived, and the spring created poetic inspiration to them. We love the parallels of that, and the new EP is a much more in depth approach to what we can really do with our project. This new EP really digs in to a lot of different emotions, and is a presentation of how many different angles we can take with PEGA5U5, while still keeping our own twist on it. It’s ranging from psychedelic to funky to agressive, and even containing a love song or two.

5) How do you seek out guest vocals? What do you look for when looking to feature an artist?

PEGA5U5: We are surrounded by talent within our immediate circle of friends and family. There’s seems to be no shortage of amazing artists within that circle, and we firmly believe in the importance of grass roots community. We’re always open to working with anyone we vibe with, but at this point our collaborations are just a natural thing with our close friends.

6) Any artists that played an influence in your music?

Mr. Rogers: There are so many for me. Not so much for their sound, but how they structure their songs. Beatles, Beck, Sublime, Mr. Bungle, (Old) Infected Mushroom, and anyone who tries to hit each track from different angles to where it keeps you guessing what’s coming next.

Pharroh: Right now I’m influenced by all shades of the spectrum, from the commercial industry to behind the scenes bedroom independent artists. Theirs so much undeniable talent if you weed through what you dislike or find trouble relating to. My inner circle has always shown me that I don’t need to travel far to find an identity in genres. My favorite part of the experience is blending it all together into form of artistry.

7) Who are you looking forward to seeing at the Still Dream Festival?

PEGA5U5: There are so many because Stilldream is a super family festival for us. But to name a few, Abstract Rude, Eprom, Psy Fi, Conrank, Headphone Activist, Ott, Space Jesus, Jade Cicada, Kill Smith, Everyman, Trevor Kelly, Smasheltooth, The Pirate.

8) Who should we be listening to?

PEGA5U5: Got to give a shout out to our crew mates, Psy Fi and Hollis.

9) How did you find your sound?

PEGA5U5: Mr. Rogers has been submerged in the Northern California bass and psychedelic music scene for as many years as Pharroh has been submerged in the Northern California hip hop scene. We never forced our collaboration even though we are blood brothers. I think it’s just been a natural progression. We bounce ideas off each other all the time, and we just always click on what sounds good to us. We never try to replicate something we’ve already heard, and that includes our own music. We always want to be giving something fresh to our audience, but I think our natural roots in what we think sounds good will always give it that distinct PEGA5U5 sound. That’s what we’ve been told anyway :P

10) What advice can you give aspiring artists?

PEGA5U5: That’s pretty easy, and may sound cliche, but just keep doing YOUR thing. Don’t try to reconstruct what you’ve already heard. Produce what makes you feel good, and you can never try too hard to always make it sound better.

11) There’s a wicked drum solo on “Temporary Love.” Is one of you a drummer? What other instruments do you both play?

PEGA5U5: That’s someone else on the drums, but yes, Pharroh plays drums, keys, and sings. Mr. Rogers plays guitar, sax, and sings as well.

12) How do you pick what gets the remix treatment?

Mr. Rogers – I like to remix whatever grabs me hard. I don’t care if it’s an obscure track in the score of a movie, an old track from my childhood in the 90’s, or one of my friends tracks that really speaks to me. This is rare, but every once and a while, even a brand new track on the radio will really grab me. If it really speaks to me, and feels like it will slide right into our vibe, I’m super down to give it a rub.