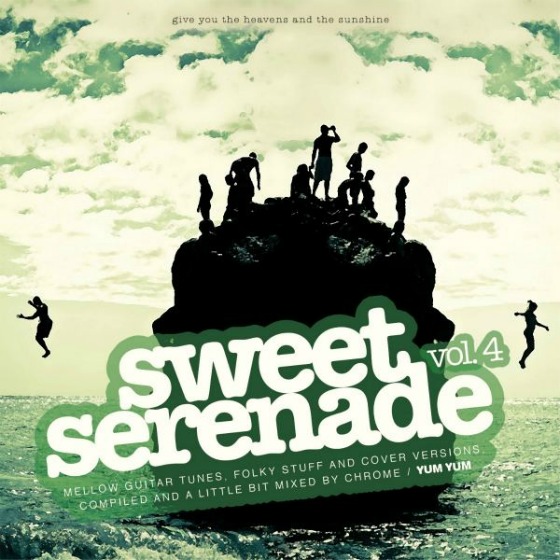 A new Sweet Serenade mixtape, when travelling the sunny lands or hanging out anyplace in the sunshine and enjoying nature and life. And even if you are somewhere completly different i hope you feel the warm rays through this music i selected. Mind the subtitle “Give you the heavens and the sunshine”. Enjoy the warm days, this summer, this very moment and everything you do. Let the music be your companion.

ps. we are gonna have a YUM YUM Sommerfest next weekend (Fr July 29th), with almost all our YUM YUM friends & family from far and near, so if your are anywhere in the area be our guest. i dont have a tv and like any other digital native i use the rare opportunities infront of a tv to zap my way through the channels – just to turn it off after recognizing once again that tv is just lame. just recently i have seen one of merriweathers appearances on some german show and to be honest – the whole setup of all those playback musicians was ridiculous and while he was performing his hit tune “change” i couldnt help but notice just how fake the whole thing was, except him singing live – which was extremly good by the way. but hey come on daniel, you got talent, a voice to match and i guess the girlies are falling for you – you dont need that stuff. it wasnt even done well and it wasnt too much of a show. i guess some do it for the money others do it for the love.. (but anyway i wouldnt care much about some crappy german tv show either)

i bought his full length not too long ago just to realize that he had covered CCR, one of my fave bands ever: