This Saturday due to the christian holiday, we’ll have to close shop at 2am. Which means, doors will be open at 10pm. Make sure to show up early for the live show which will start at latest 11.30pm and last for a about a good hour, until we get into the YUM YUM sound for the remaining time, played with maximum pressure. The live show will be an accoustic set  by my man Fetsum, aka the Fetsum Duo consisting of an accoustic two piece band (vocals & accoustic guitar). Think Sweet Serenade on a very positive and soulful tip. Trust me, you are gonna love this. It doesn’t get more positive and uplifting than this. Ps check out his website to see what rave reviews he received for his recent Solo Album. So make sure to get your drink on and your hands in the air scenario will be compressed to about 120min + an amazing live show, that i had the pleasure of witnessing a few times before. Pure Sunshine!!! Fetsum::: website /// facebook /// itunes

ps here he is, performing a Tracy Chapman cover. Good friend of mine, with open eyes and an open soul. He can see – those who know what i mean – know 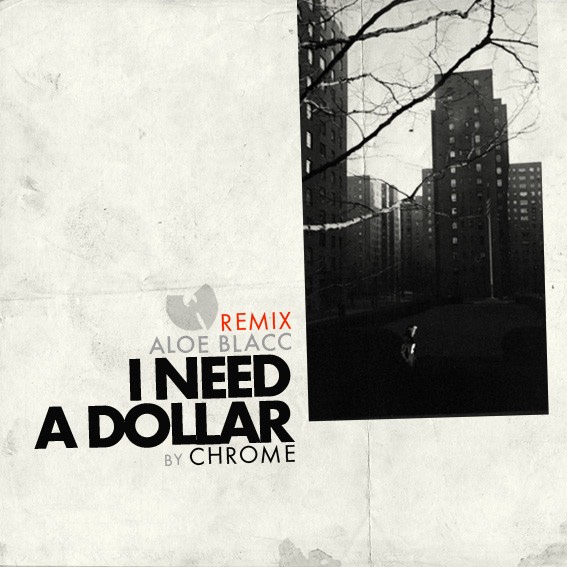 After Mayer Hawthorne came over to make the munich’s soul stepper community go wild, der Kongress (aka Registratur) & chromemusic managed to get Aloe Blacc into Puerto Giesing this autumn. “I need a dollar” THE soul-summer-track 2010 and title song to the HBO series “How to make it in America” made him to a well known name and honorable representative of the Stones Throw label. Everybody is invited to have a great time with us and especially of course those who want to share this special soulful Aloe Blacc feeling of the everyday struggle at Munich’s exceptional harbor.

Because of the three weeks Oktoberfest we decided to let the pre-selling star earlier. Tickets are limitted so go get your early birds before you spend all your money on beer and pretzls!

These guys are ace… they interrupted their UK tour just to pay us a little visit and i gotta say, Xaphoon and Chiddy are the nicest guys around. We’ll make sure to put them on a proper tour around continental Europe. I think they anjoyed themselves and the crowd ate it up. I wasnt all happy with the soundman but the performance was real nice. Here is a video of them bigging up our site and performing their hit “Kids”

yes, it was that awesome…

check out their mighty nice video of “Kids”

Yes hands down, i am really looking forward to seeing these guys live. I found out about Chiddy Bang, i’d say about a year and a half ago, maybe longer. Not much after that, Xaphoon the producer started sending me promo mp3s of their latest tunes and mixtapes – you know how that game goes. And its really good to see them get around a bit internationally – not only on tour, but to currently reach the UK Charts and also the German Charts, cause not only to me are they probably the coolest new hip hop band around. Their sound is different, they sample Radiohead, Hot Chip, MGMT add some fine synth sounds and have some really nice rhymes on top…..and thats exactly how they made it on May 2009 mixtape YUM YUM Vol. 9.

So this Sunday they are playing live – for the first time in Germany !!! (like Stromae did @ YUM YUM in Berlin) – come down to see them perform live this Sunday in munich, i really wanted them to play live @ YUM YUM but we simply couldn’t find any matching dates. Anyways, thank god Mondays a holiday so this is gonna be a long night with my peoples Max Mausser & D-Nice taking over the turntables after the show and making it a great Sunday night venue. This is gonna be massive 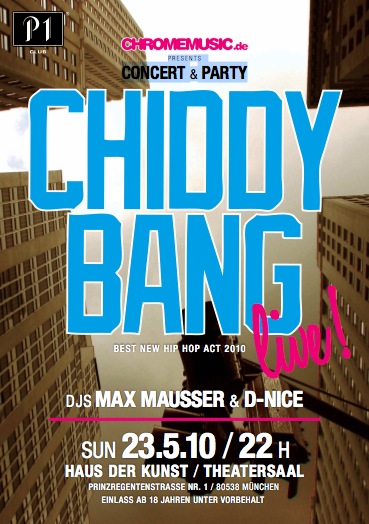