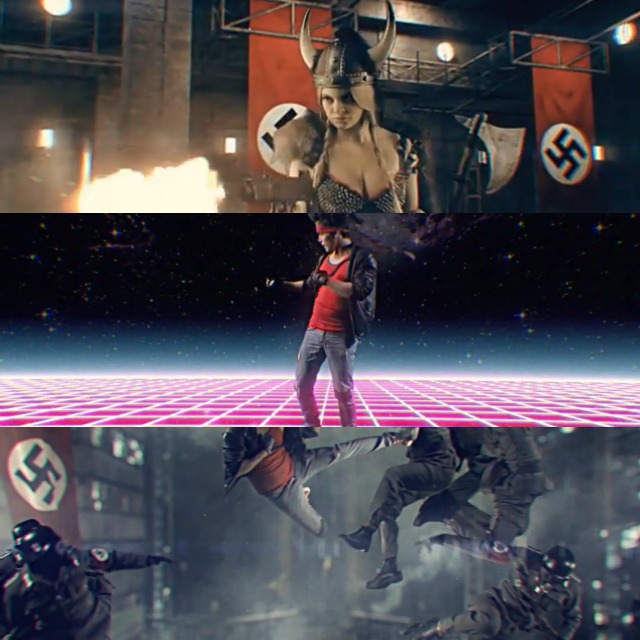 Before you read any further you should probably just skip down and watch this trailer for Kung-Fury. But be warned! If you liked Far Cry: Blood Dragon, you will fall in love with this one.

…and now that you’ve seen it, tell me, how can you contain all that glory in a fragile description? Let’s try anyways: Every ten thousand years or so when the planets are in perfect alignment, a doorway opens to a magical dimension of dinosaurs and Nazis. Where time-travel and Nintendo Power Gloves go hand in hand, as god herself intended, and Kungfu takes it’s rightful place as the highest form of cultural expression…

A realm where nothing is impossible, and even dino-erotica is not frowned upon. A world without the fear of getting murdered every day by graffiti artists and rapists. *sigh* I’ve stepped into it, and I’m never coming back.

Help this movie to get made! Support it via kickstarter!

Ultimate Justin Bieber Rant By The Pope Of Conspiracy Theories! It’s So Right In All The Wrong Ways! 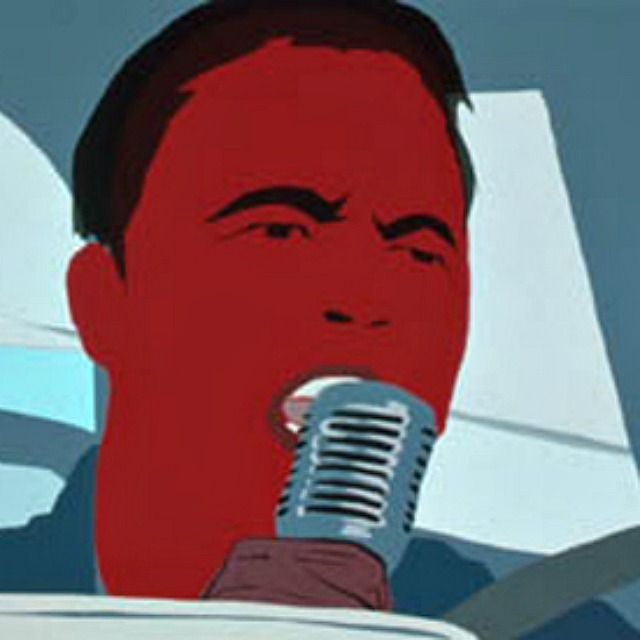 We all know the internet is a series of tubes but sometimes I wonder if it’s not just a series of Alex Jones rants.
If you don’t know who Alex Jones is then you must be new to the internet.
Since the dawn of the internets (btw that’s how we Elders of the Internet spell it), Alex Jones has been relentlessly bullhorning awesome conspiracy theories, infiltrating secret societies and exposing the globalist agenda, all the while being inhumanly loud and angry. This man’s resistance to death from a heart attack, is worth a conspiracy theory in and of itself. His mostly freestyled rants air on more than 70 AM, FM, and shortwave radio stations across the United States and the Internets. So he’s reaching millions of minds. But that’s only because his technique is impeccable. It’s almost like he falls into some sort of weird trance, where he’s able to weave conspiracy plots out of whatever his short-term memory recalls with random paranoia, into one beautifully demented Persian carpet of doom.

If conspiracy theories were an art form this man would be Da Vinci, Michelangelo, Donatello and all the other teenage mutant ninja renaissance men rolled into one. What’s more, beneath all the paranoia and insanity, there is a glimmer of truth. Not with the details of course, but with general intuition that there something very rotten at the core of the political and economic system that runs our planet.
One of his finest creations, besides his rant on DMT and his appearances on live television, is this Justin Bieber rant (it’s pronounced Biebler, it turns out). You may cringe but it’s so worth your time. Trust me I’m a doctor. 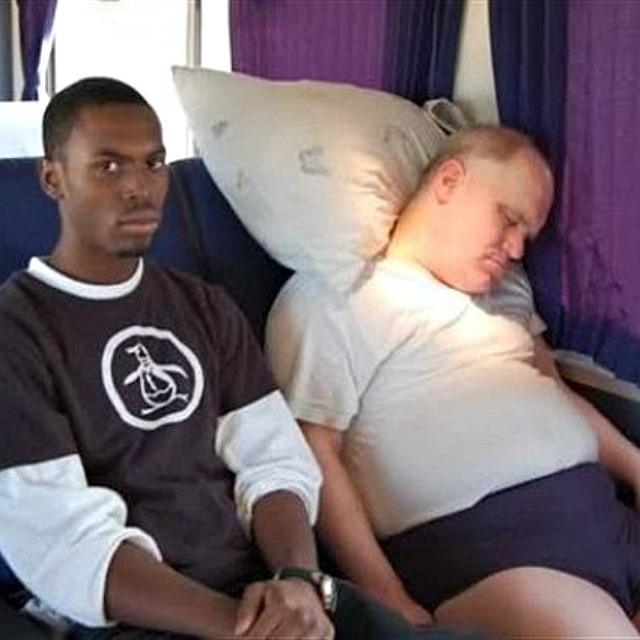 In the future when every person on this planet (non-human persons excluded) is brown, our descendants will be wondering: “White folks? What the hell was that all about?”

Assuming the field of internet-archeology advances at the pace it does today, they’ll know. And it’s only a matter of time until their research comes across this little gem by Rawcus. It’s really all they’ll ever need to find… that is if they ever had the time to do actual research, instead of fighting off wave after wave of bloodthirsty robots, sent by the church of Kurzweil. Talk about racism, what’s with all the prejudice towards non-biological life? A sentient gas cloud on Jupiter is very angry right now.

But until that glorious day of ultimate synthetic hegemony, let us enjoy our tiny slice of history and our insignificant little differences. Also cats.

Buy This Monstrosity By Shaquille O’Neill And Your Children Will Hate You Forever! FOREVER! 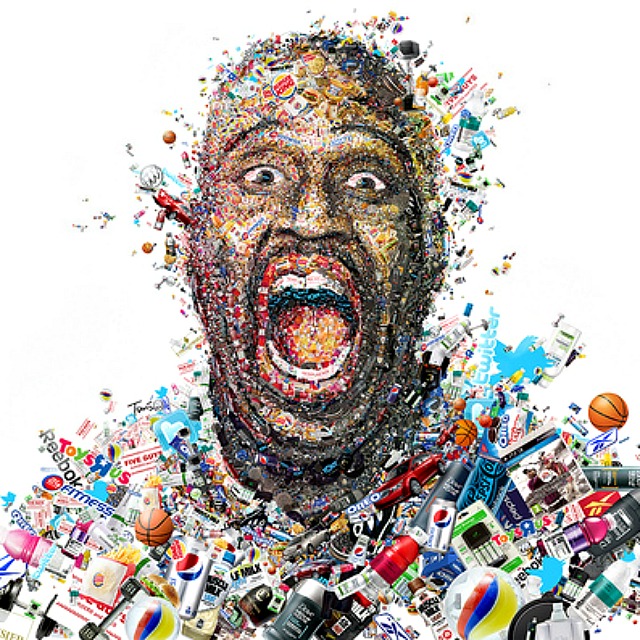 So Shaquille O’Neill just announced the return of one of the most hated merchandises of all time: Shaq-Fu. I know, I know, you must be asking: “What the hell is Shaq-Fu? And why the hell should I care, you damn nerd?” Well let me tell you good sir. In 1994 a video game was released, so bad, so heinous, so abominable that millions upon millions of parent-child relationships were forever destroyed. The 20th century had many of humanity’s lowest lows, and I’m no historian, but this along with there never being a sequel to “Big Trouble in Little China” without a doubt takes the cake. The games name is Shaq-Fu and it’s tale is a dark one…

Imagine the innocence of the 1990ies. The world back then was a happy place, a better place. There were three Star Trek shows on TV at the same time, Ol’ Dirty Bastard was still alive and everybody was happy, even Bosnia.
But on October 28th 1994 everything changed and nothing would ever be the same, for Shaquille “Shaq-Attack” O’Neill, a ball wizard from the west, unleashed his foulest of magics. Yes, even fouler than his 1996 hit-movie Kazaam. That following December, children all over the galaxy expectantly looked forward to their sure-to-be-awesome Christmas presents, only to have their innocent souls crushed when they got Shaq-Fu, a subterranean Street Fighter clone, from their well meaning but oblivious parents. Lucky were those few who received Mortal Kombat. Lucky were even those who received Street Fighter II for Genesis, which was clearly inferior to the SNES version. But woe unto those poor souls who got their childhood stolen by Shaq-Fu. That moment was the exact point in time when our timeline split and we become the dark timeline. The 90ies continued forever in the original universe, with The X-Files is still on television, while we got Bieber, War on Terror and Monsanto.

It is quite clear that Shaq-Fu is the worst fighting game ever released, nay, the worst thing generally ever released. Critics agree, even their mums agree. So it comes without a surprise that there is still today, a brave website operating from deep within the interwebs, whose sole mission it is to find and destroy every single copy of Shaq-Fu in existence. What’s even better, they’ll buy your copy of Shaq-Fu, in the unlikely case you’re stockholm-syndroming it, so it can be eradicated forever from the face of the earth.

And thus it was for a long time. But now, things are in motion again. Dark shadows move across the land. Inspired by Sauron, Shaquille O’Neill has proclaimed his return to the (video game) world. In this interview, he announces the sequel of what should have been best forgotten.

What will happen next? Who will have the courage to stand up and fight this cruel behemoth? Only time will tell…
Still, hope remains and maybe, just maybe this music will inspire you to stand up and be the one.